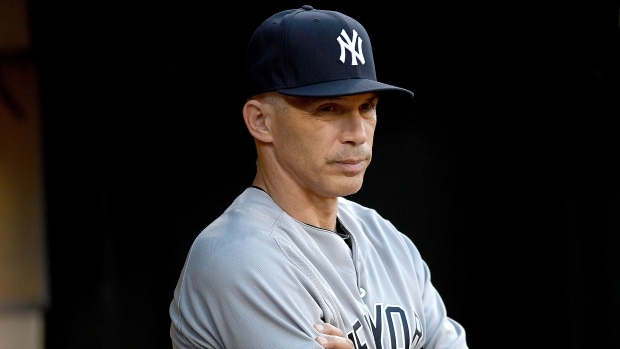 Former New York Yankees manager Joe Girardi is getting a second interview with the Mets as they continue to look for their next manager, according to The Athletic's Ken Rosenthal.

#Nationals IF/1B coach Tim Bogar is another candidate who will get a second interview for the #Mets’ managerial position, sources tell The Athletic. Bogar joins Carlos Beltrán, Eduardo Pérez and Joe Girardi among the Mets’ finalists.

Rosenthal adds Washington Nationals infield/first base coach Tim Bogar, former Met Carlos Beltran and Eduardo Perez will also reportedly be given second interviews with the Mets, who fired Mickey Callaway after two years following the conclusion of the regular season.

Girardi managed the Florida Marlins in 2006 and the Yankees from 2008 to 2017, highlighted by a World Series title in 2009. Since his departure from the Yanks, Girardi has worked as a television analyst for the MLB Network.