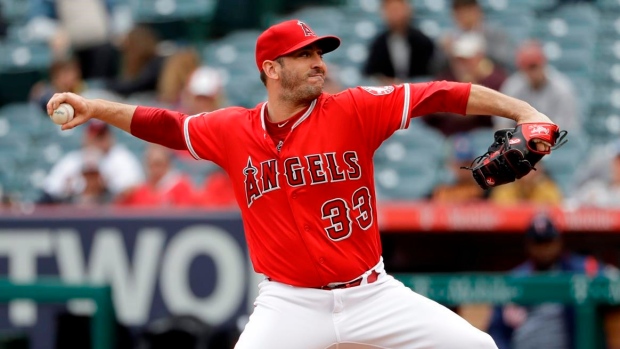 A former All-Star pitcher looks to have found a new home.

MLB Network's Jon Heyman reports that Matt Harvey is close to a deal with the Kansas City Royals.

Harvey, 31, spent last season with the Los Angeles Angels. In 12 starts, he was 3-5 with a 7.09 earned run average and WHIP of 1.542 over 59.2 innings pitched before being designated for assignment in August.

Once one of the most exciting pitching prospects in the game, Harvey's career has been decimated by injuries since his first two big league seasons with the New York Mets in 2012 and 2013 (the year he received his lone All-Star nod).

The native of New London, CT missed the entirety of the 2014 season after undergoing Tommy John surgery for a torn UCL. After a career-high 189.1 IP in 2015, the injury bug would bite again in 2016. Harvey's season ended in June after a bout with thoracic outlet syndrome required surgery.

Harvey would again face time on the sidelines in 2017, missing eight weeks with a stress fracture in his scapula.

Following injury-plagued campaigns and rancor between the player and the club, the Mets designated Harvey for assignment in May of 2018 and subsequently traded him to the Cincinnati Reds when he refused to report to the minors. With the Reds, Harvey was 7–7 with a 4.50 ERA in 24 starts