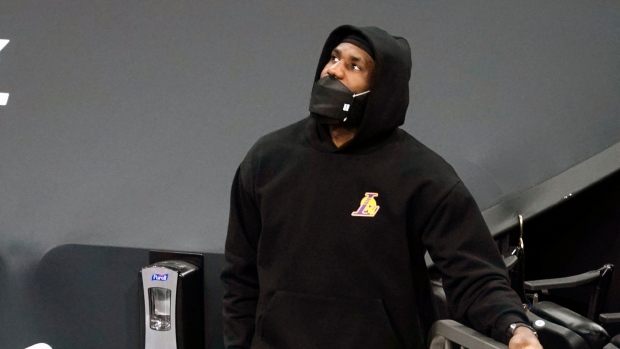 LeBron James' return to the Los Angeles Lakers lineup isn't quite at hand just yet.

The 36-year-old James had been hoping to return from his right ankle injury in time for Wednesday's date with the Houston Rockets, but confirmed on Wednesday that he wasn't ready.

Getting close but I won’t be in the lineup tonight but more importantly I will be there to put that CHAMPIONSHIP banner in the rafters at Staples Center in front of our fans!! #No17 💜💛

"Getting close, but I won't be in the lineup tonight, but more importantly I will be there to put that championship banner in the rafters at Staples Center in front of our fans," James wrote on Twitter.

Yahoo! Sports' Chris Haynes reports that Saturday against the Indiana Pacers is now the game in which the four-time NBA Most Valuable Player is most likely to return to the court.

The return of LeBron James would fall on Saturday against the Indiana Pacers.

The Akron, OH native has missed 25 of the Lakers' last 27 games and the past five straight. James returned to the lineup for the first time since Mar. 20 in an Apr. 30 game against the Sacramento Kings. After playing nearly 32 minutes in a 110-106 loss to the Kings, he was forced to leave a 121-114 loss to the Toronto Raptors on May 2 and hasn't played since.

Forward Anthony Davis will also be out for Wednesday's game against the Rockets after experiencing tightness in his groin in last night's victory over the New York Knicks.

Anthony Davis will also not play tonight against the Rockets after experiencing tightness in his groin last night, sources tell ESPN

The Lakers (39-30), losers of six in a row, currently occupy the seventh seed in the Western Conference. Frank Vogel's team sits one game back of the Portland Trail Blazers and Dallas Mavericks, in fifth and sixth, respectively, with only three games remaining.

Teams in seventh to 10th will play in the Play-In Tournament for a spot in the playoffs proper.