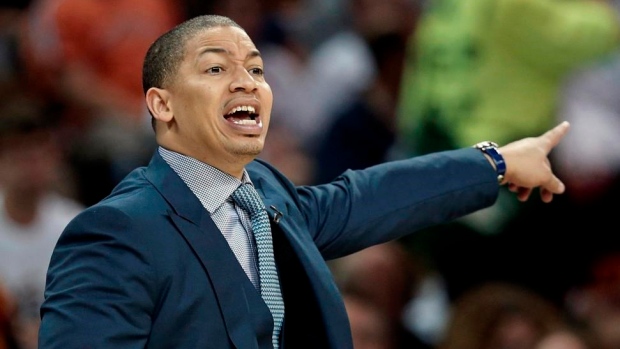 Tyronn Lue is finalizing a five-year deal to become the next head coach of the Los Angeles Clippers, according to a report by ESPN’s Adrian Wojnarowski.

Ty Lue is finalizing a five-year deal to become the next coach of the Los Angeles Clippers, sources tell ESPN.

Lue spent parts of four seasons has the head coach of the Cleveland Cavaliers, including leading them to their only championship in franchise history during the 2015-16 season, his first in charge.

Overall he finished with a 128-23 record, and after three straight years in the NBA Finals, he was fired six games into his fourth season after an 0-6 start.

Doc Rivers was fired as head coach of the Clippers after seven seasons following the team's elimination from the playoffs in the second round at the hands of the Denver Nuggets.

Rivers left the Clippers after posting a 356-208 record.