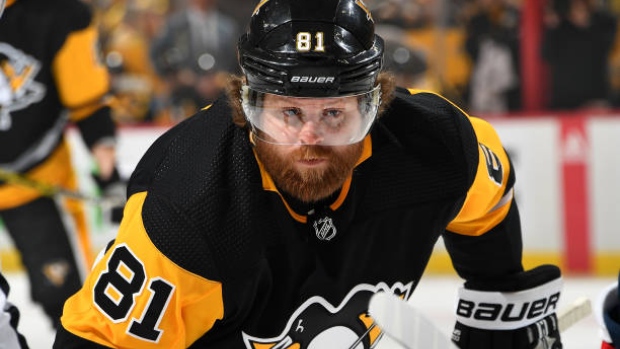 The Minnesota Wild have a trade proposal on the table with the Pittsburgh Penguins for forward Phil Kessel, according to Josh Yohe of The Athletic.

Yohe writes that forward Jason Zucker, listed at No. 4 on TSN's trade bait board, is believed to be part of the return offered by Minnesota. He adds the teams have also discussed swapping the long-term contracts of Wild forward Victor Rask and Penguins defenceman Jack Johnson as part of the deal.

According to Yohe, the deal has been on the table for days and is dependent only on Kessel, who has an eight-team approved trade list in his contract. Citing numerous sources, Yohe adds that Kessel is unsure about joining the Wild, who many assumed would be willing to make the move closer to his hometown of Madison, Wisconsin.

What I'm hearing: Kessel at the moment is not leaning towards waiving his NTC to go to Minnesota but that doesn't mean it ultimately couldn't happen eventually. However, there are a few clubs on his 8-team YES list that have contacted Pittsburgh so we'll see where that goes... https://t.co/i41y6sIIU3

Rask, acquired this season in exchange for winger Nino Niederreiter, has three years left on his contract at a $4 million cap hit. He scored three goals and posted nine points in 49 games with the Wild and Carolina Hurricanes this season.

Johnson, 32, joined the Penguins as a free agent last July on a five-year, $16.25 million contract ($3.25 million cap hit). He had one goal and 13 points in 82 games this season and was without a point in three playoff games.