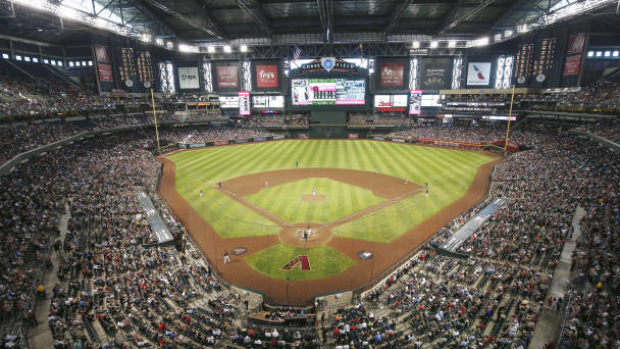 According to ESPN's Jeff Passan, Major League Baseball and the MLB Players Association are "increasingly focused" on a plan that would see teams open training camps next month in Arizona and begin the 2020 season soon after.

NEWS: Major League Baseball and the MLBPA are focusing on a plan backed by federal health officials that could have players in training camps by May and games soon thereafter.

Details at ESPN on how MLB may return -- and the difficulty in doing so: https://t.co/zDoNa3k4pm

Passan reports the plan has the support of high-ranking federal public health officials in the United States who believe the league can safely operate during the COVID-19 pandemic.

“MLB has been actively considering numerous contingency plans that would allow play to commence once the public health situation has improved to the point that it is safe to do so. While we have discussed the idea of staging games at one location as one potential option, we have not settled on that option or developed a detailed plan. While we continue to interact regularly with governmental and public health officials, we have not sought or received approval of any plan from federal, state and local officials, or the Players Association. The health and safety of our employees, players, fans and the public at large are paramount, and we are not ready at this time to endorse any particular format for staging games in light of the rapidly changing public health situation caused by the coronavirus.”

According to Passan, the league intends to have 30 teams fly to Arizona and play in empty stadiums in the Phoenix area, where there are 10 spring training ballparks plus the Arizona Diamondbacks’ Chase Field all within roughly 50 miles. The teams would be sequestered in hotels and only be permitted to travel to the stadiums.

Whether the MLB can start play in May will depend on a significant increase in available coronavirus tests, allowing the league to test players without draining the public supply.