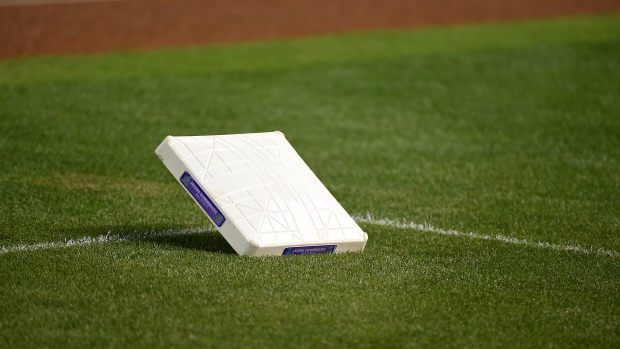 If baseball does come back in 2020, it's probably going to look a lot different in the early stages of its resumption.

ESPN's Jeff Passan reported late Monday night the league is considering a scenario where teams would play regular-season games in Arizona as early as May or June while sequestered between a number of ballparks and hotels, including Chase Field, the home of the Arizona Diamondbacks.

The plan – while theoretical and in its infant stages – reportedly has support from health officials. The games would be played without fans for the foreseeable future.

The Athletic's Ken Rosenthal reported Tuesday that if baseball does find a way to resume, precautions wouldn't only be taken off the field. Rosenthal writes that under this plan, players would practice in-game social distancing, including sitting in the stands, separated by six or more feet, and foregoing celebratory high-fives in order to minimize physical contact.

Rosenthal also writes that rosters could be expanded to as many as 50 players to accommodate for a potentially condensed schedule and shortened spring training.

Both Passan and Rosenthal note that the plan still has many roadblocks and is also dependent on COVID-19 testing becoming more readily available across the U.S., which is expected by some government officials but not guaranteed.

“MLB has been actively considering numerous contingency plans that would allow play to commence once the public health situation has improved to the point that it is safe to do so. While we have discussed the idea of staging games at one location as one potential option, we have not settled on that option or developed a detailed plan. While we continue to interact regularly with governmental and public health officials, we have not sought or received approval of any plan from federal, state and local officials, or the Players Association. The health and safety of our employees, players, fans and the public at large are paramount, and we are not ready at this time to endorse any particular format for staging games in light of the rapidly changing public health situation caused by the coronavirus.”

Opening Day was originally supposed to take place on March 26.

According to multiple reports, the Korea Baseball Organization (KBO), is targeting a return date in early May in stadiums without fans.