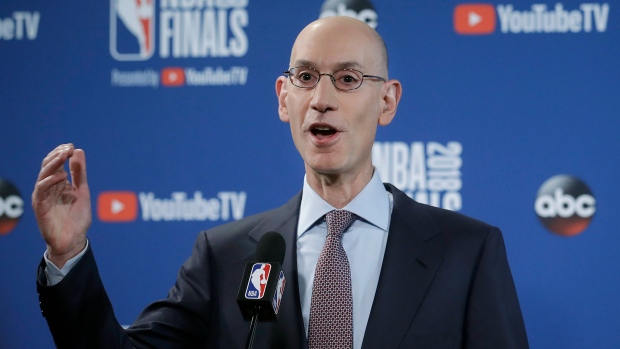 Last month, it was reported by ESPN's Adrian Wojnarowski and Zach Lowe that the NBA was considering adding a mid-season tournament to the league's schedule. The report said the idea received "no real pushback" from teams or the National Basketball Players Association.

Marc Stein of the New York Times reports Monday morning that "all elements of the NBA's potential mid-season tournament remain in the discussion phase." One idea that was proposed would give teams an incentive by awarding an extra draft pick to the tournament winner in addition to the previously-reported financial bonuses for players and coaches.

All elements of the NBA's potential midseason tournament remain in the discussion phase, but one idea proposed to incentivize teams to embrace the new competition is furnishing the tournament winner with an extra draft pick, league sources say

Any such measure would have to be ratified by league vote, but the league’s search is on for ways -- on top of bonus compensation for players and coaches who do well in the tournament -- to make teams eager to participate. A first-round pick would certainly help

Stein adds that any measure would have to be ratified by a league vote, but the NBA is continuing to search for ways to make teams eager to participate in the potential future tournament.

According to Wojnarowski and Lowe, an in-season tournament would slightly shorten the league's regular season slate to a minimum of 78 games per team. Any such changes would not begin until the 2021-22 season and are subject to a league vote, which the league is hoping will happen at the board of governors meeting next April.

ESPN adds commissioner Adam Silver has been "driving this agenda of change for years," aimed at increasing both revenue and interest in the early part of the NBA's regular season. According to ESPN, league and the NBPA are finding "common ground" on the idea.