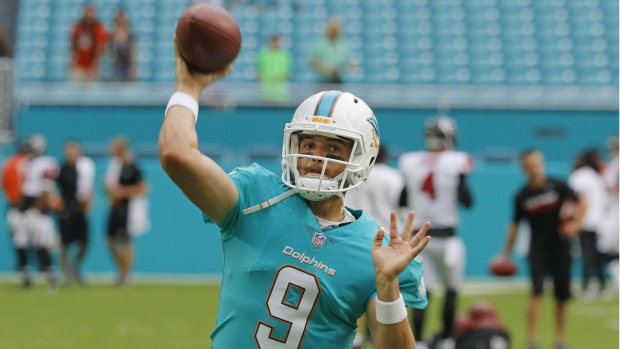 NEW YORK — Two people with direct knowledge of the deal say the New York Jets and backup quarterback David Fales have agreed to terms on a one-year contract.

The people spoke to The Associated Press on condition of anonymity Tuesday because the team can't announce deals until they're officially signed. ESPN first reported Fales' return to the Jets.

The 29-year-old Fales spent most of last season with New York after signing with the Jets in September following Sam Darnold's mononucleosis diagnosis and Trevor Siemian being lost for the season with an ankle injury.

Fales joins Darnold and Mike White as quarterbacks on New York's current roster. The Jets could still be in the market for an experienced veteran to serve as the No. 2 behind Darnold.

Fales has familiarity with coach Adam Gase's offence as the two were also together in previous stops in Miami and Chicago. Fales also has spent time with Baltimore and Detroit. He was a sixth-round draft pick by the Bears in 2014 out of San Jose State. He has thrown for 287 yards and a touchdown with one interception, and rushed for a score in brief appearances in five NFL games.