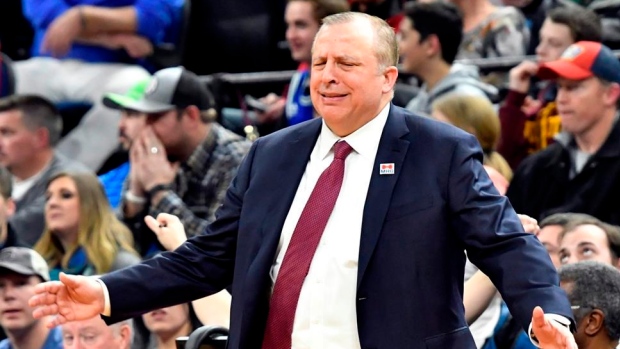 The New York Knicks will start their head coaching search soon and former Chicago Bulls and Minnesota Timberwolves bench boss Tom Thibodeau is at the top of their list according to The Athletic's Shams Charania.

The Knicks and new president of basketball operations Leon Rose are targeting a decision within the next couple weeks, Charania reports.

Thibodeau is best known for his time at the helm of the Bulls from 2010 to 2015. He then moved on to coach the Timberwolves for three seasons. Mike Miller, who took over from David Fizdale after the team got out to a dreadful 4-18 start, has left a strong impression in the interim and is expected to receive an interview.

Charania adds the timetable around the league's possible resumption of the 2019-20 NBA season -- including how many teams would return to play if the season returns -- may impact the Knicks' timetable on hiring a head coach.

It's been a revolving door of head coaches the past few years at the World's Most Famous Arena. Following Mike Woodson's departure at the end of the 2013-14 season, New York has had Derek Fisher, Kurt Rambis and Jeff Hornacek try their hand at turning around one of basketball's marquee franchises. However, no coach has been able to get the Knicks close to the playoffs as they last made it under Woodson in 2013.

New York's record sits 21-45 at the time of the NBA's pausing, good for 12th place in the Eastern Conference.