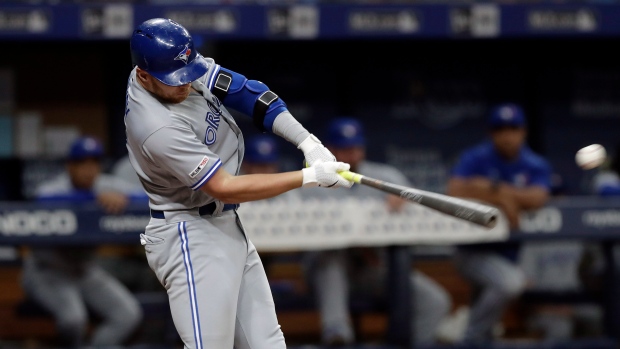 Former Toronto Blue Jays infielder Brandon Drury has signed a minor-league deal with the New York Mets, according to a report by Ken Rosenthal of The Athletic.

Free-agent infielder Brandon Drury has signed a minor-league deal with the Mets, sources tell The Athletic. His final season with the DBacks in 2017 was Mets GM Jared Porter’s first with that club.

Drury appeared in 21 games last season for the Jays and posted a .152 average with one RBI.

The 28-year-old spent parts of three seasons with Toronto after they acquired him along with Billy McKinney from the New York Yankees in a July 2018 trade for J.A. Happ.

Drury served a utility role while with the Jays, appearing defensively in both the infield and outfield.

He began his Major League career with the Arizona Diamondbacks after being selected by the Atlanta Braves in the 13th round of the 2010 MLB Draft.