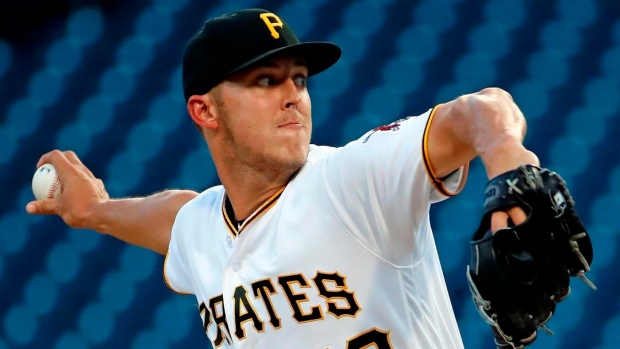 The New York Yankees are in talks with the Pittsburgh Pirates regarding starting pitcher Jameson Taillon, reports MLB.com's Mark Feinsand.

Per source, the Yankees are in talks with the Pirates on Jameson Taillon. Nothing is done, but they appear to be emerging as the frontrunner to deal for him.

Feinsand adds that northing is done but New York appears to be emerging as the frontrunner to deal for him.

Taillon has spent his five MLB seasons in Pittsburgh, going 2-3 with an ERA of 4.10 in 2019 before his season was ended by a forearm injury. Taillon did not pitch at all last season.

A native of Lakeland, Fla., Taillon was selected No. 2 overall by the Pirates in the 2010 MLB Draft.