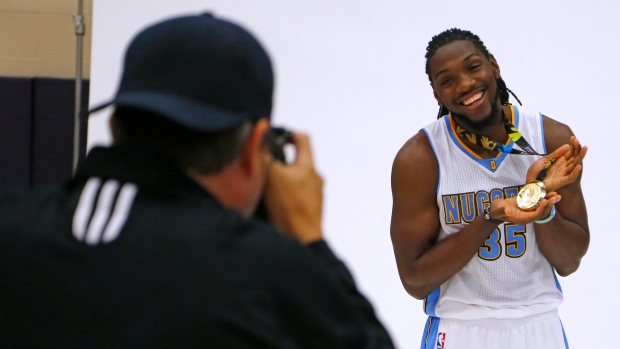 Denver, CO (SportsNetwork.com) - The Denver Nuggets have agreed to terms on a multi-year contract extension with forward Kenneth Faried, sources told the Denver Post on Monday.

The length and value of Faried's new deal is unclear. Yahoo! Sports first reported the pact to be worth $60 million over five years, but Faried would have to earn considerably more on a contract of that length under the NBA's current Collective Bargaining Agreement as the team's Designated Player.

Yahoo! later reported that the Nuggets have had discussions with the league over the contract's parameters and that the two sides could eventually turn to a four-year deal.

Regardless, Denver has appeared to lock up one of its cornerstone players beyond his original rookie deal. Since being taken by the Nuggets with the 22nd overall pick of the 2011 NBA Draft, Faried has averaged 12.1 points, 8.6 rebounds and 1.0 blocks over three seasons.

The energetic 24-year-old averaged a career-best 13.7 points along with 8.6 rebounds over 80 games during the 2013-14 campaign, then earned a starting role on the United States National Team that captured the gold medal at the FIBA World Cup over the summer.