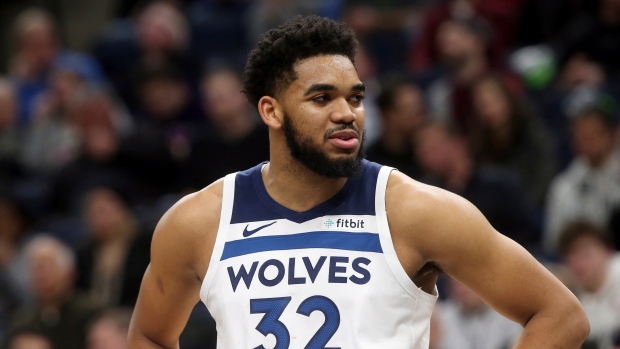 There is optimism about the MRI results regarding the right knee of Minnesota Timberwolves All-Star Karl-Anthony Towns according to ESPN's Adrian Wojnarowski.

There is optimism about the MRI results on right knee of Minnesota All-Star center Karl-Anthony Towns, league sources tell ESPN. He left victory over Washington with injury on Saturday night.

Just landed after a flight. I’m Told that after an MRI today all indications are KAT avoided a serious injury with his right knee. Huge sigh of relief for Timberwolves

Jon Krawczynski, Timberwolves reporter for The Athletic, notes the news is a "huge sign of relief" for Minnesota.

Towns was injured Saturday night against the Washington Wizards. He left the game late in the fourth quarter and did not return.

In 64 games this season, Towns is averaging 24.5 points per game on 52.4 per cent shooting. Towns, a two-time All-Star, is in his fourth NBA season, all with the T-Wolves.

The Timberwolves take on the New York Knicks at home Sunday night.