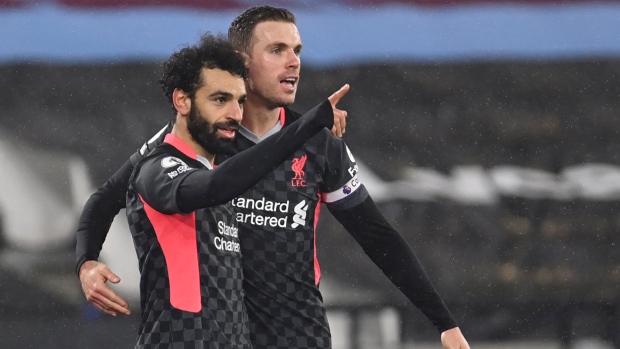 With rumblings persisting all season that Mohamed Salah is growing unhappy at Anfield, Paris Saint-Germain appears ready to pounce.

Le Parisien reports that PSG could make an offer for the Egypt international should Liverpool decide to sell the 28-year-old forward.

Salah, in his fourth season with Liverpool since a £43 million move from Roma, has two years remaining past the current season on his existing contract.

On the weekend, the two-time Premier League Golden Boot winner told Sky Sports that he was in the dark about any impending negotiations for a new deal.

Still, Salah insisted that he was happy where he was.

The report in Le Parisien indicates that PSG's interest in the player comes as uncertainty grows about the future of Kylian Mbappe at the club. The 22-year-old France forward is out of contract after next season.

Real Madrid has been attached to both Salah and Mbappe in recent months.

In 32 Premier League games this season, Salah has 20 goals and sits one back of league leader Harry Kane of Tottenham Hotspur.

Liverpool currently sits on 54 points in seventh place, seven back of fourth-place Chelsea for the final Champions League spot, but does possess a game in hand on the Blues. The Reds return to action on Saturday when they host Southampton at Anfield.