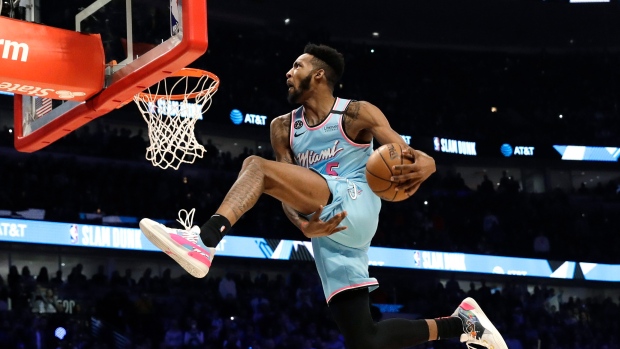 The Portland Trail Blazers have signed high-flyer Derrick Jones Jr. to a two-year-year, $19 million deal according to The Athletic's Shams Charania.

Jones has shown consistent improvement in his four NBA seasons, three of which have been spent with the Miami Heat.

He has bumped his scoring average in each of the past three seasons and averaged 8.5 points in just over 23 minutes of action per game.

Known as one of the most athletic players in the NBA, Jones has not yet been able to develop a three-point shot, shooting 28 per cent last season on more than two attempts per game.

The 23-year-old began his career with the Phoenix Suns but was waived in December of 2017. The Heat signed him to a two-year deal later that month.