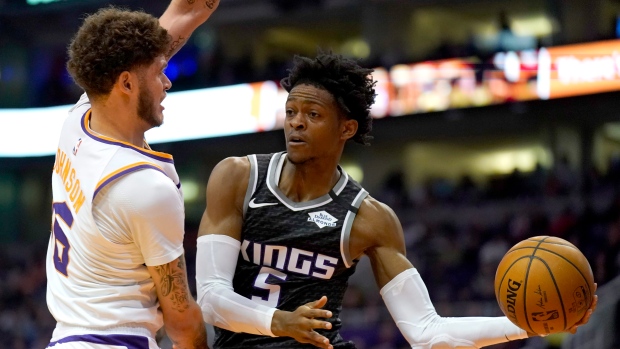 According to Shams Charania of The Athletic, the Sacramento Kings and the young point guard have agreed to a five-year, $163 million deal. Charania reports the deal has a clause to reach the $195.6 million super max.

Fox has been electric in his three seasons with the Kings, averaging 21.1 points to go along with 6.8 assists per game last season.

He was selected No. 5 overall in the 2017 NBA Draft out of the University of Kentucky.