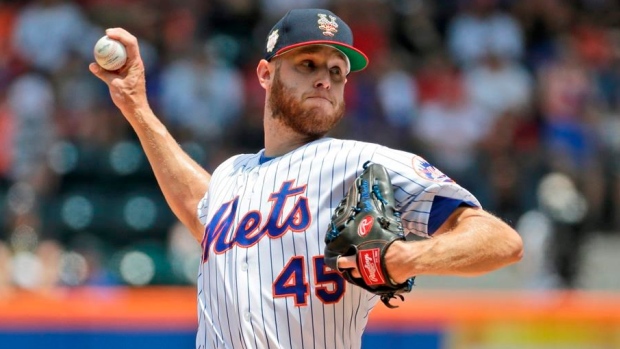 The Toronto Blue Jays' search for pitching help has led them to Zack Wheeler, reports The Athletic's Ken Rosenthal.

The Jays, along with the Chicago White Sox, Minnesota Twins, Cincinnati Reds and Texas Rangers, are in pursuit of the 29-year-old righty, who has spent the entirety of his five-year big-league career with the New York Mets.

Wheeler missed all of the 2015 and 2016 seasons recovering from Tommy John surgery.

Rosenthal reports that clubs view Wheeler as a cheaper alternative to Gerrit Cole and Stephen Strasburg, expecting him to be a No. 3 starter at worst and ace at best.

It is believed that Wheeler will command a deal in the $100 million range.