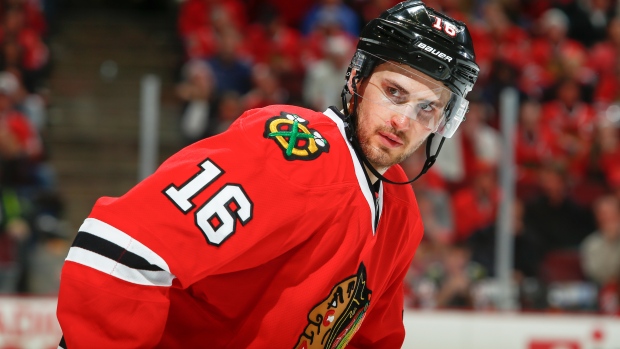 A day after picking up Marcus Kruger from the Chicago Blackhawks, the Vegas Golden Knights appear to be on the verge of flipping the forward to the Carolina Hurricanes, according to Craig Custance of The Athletic.

Custance notes that the deal is not done, but is pretty far along. NHL.com's Brian Hedger was first to report that the Golden Knights were flipping Kurger.

Marcus Kruger to Carolina isn't done yet but talks pretty far along on this front. @BrianHedger first to report Vegas flipping Kruger.

I'm now fully expecting Marcus Kruger to be dealt by VGK, possibly within hours, but source not 100% sure of destination.#Blackhawks

Vegas acquired Kruger from Chicago on Sunday in exchange for cash considerations.