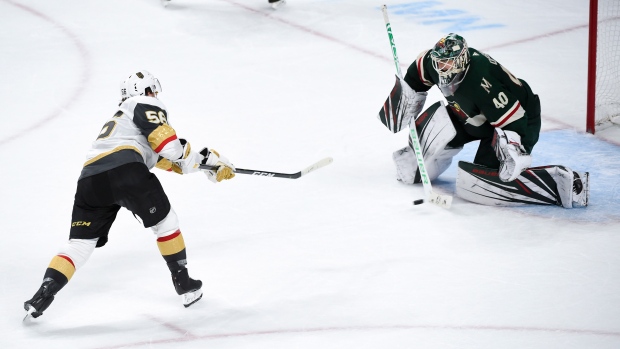 The Golden Knights will receive the is pick if Haula re-signs with the Hurricanes next summer, or if Carolina trades Haula for either a player, multiple picks, or a pick in the first five rounds of a draft.

The 28-year-old Haula played in only 15 games this season after missing the final 67 and all seven playoff games with a major knee injury suffered on Nov. 6. He managed to score two goals and five assists in 2018-19 after putting up 29 goals and 26 assists over 76 games in 2017-18, his first campaign with Vegas.

Haula carries a $2.75 million cap hit through next season and is scheduled to become an unrestricted free agent next summer.

“Erik is a skilled, experienced player who has been productive at even strength and on special teams,” said Hurricanes president and general manager Don Waddell said in a statement. “We expect him to be healthy and ready to go for training camp.”

The native of Finland has 73 goals and 78 assists over 357 career games with the Minnesota Wild and Golden Knights. Haula was selected by the Wild in the seventh round of the 2009 NHL Entry Draft.

Roy, 22, didn't record a point in six games with the Hurricanes this season, but had 17 goals and 19 assists over 69 games with the Charlotte Checkers of the American Hockey League. Carolina drafted the Canadian in the fourth round of the 2015 NHL Entry Draft.