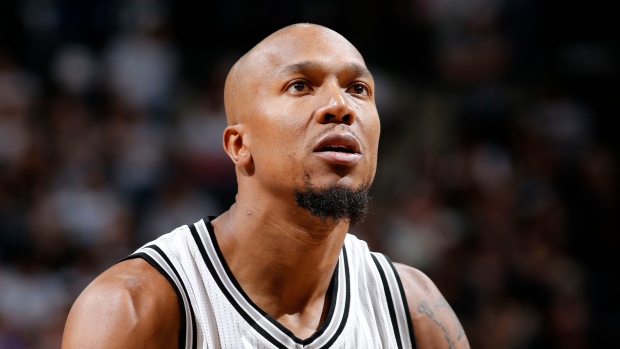 David West's pursuit of that ever-elusive championship came up short in his lone season in San Antonio.

Now the proud veteran is heading to Golden State to give it one more try.

West agreed to a one-year deal with the Warriors for the veteran's minimum on Tuesday, a person with knowledge of the negotiations told The Associated Press. The person spoke on condition of anonymity because the contract cannot be signed until Thursday.

Less than 24 hours after Kevin Durant shook the NBA landscape with his decision to leave Oklahoma City for Golden State, West jumped at the chance to join him in the Bay Area.

It will be his 14th season in the league, and he has yet to capture a championship. But joining a team with four All-Stars and two MVPs should give him the best chance yet.

West left some $11 million on the table last season when he opted out of his contract with Indiana to try to get a title with the Spurs. He averaged a career-low 7.1 points per game and the Spurs lost to Durant's Thunder in the Western Conference semifinals.

Durant's decision to come to the Warriors stocked their starting lineup with talent rarely seen in NBA history. But it also caused them to jettison some important parts of their success, including Harrison Barnes and Andrew Bogut, and gutted their bench.

With their salary cap stretched, the Warriors are relying on veterans willing to work for the minimum to give them some depth.

And while West's best days are behind him, his decision to join the Warriors on a $1.5 million deal is an enormous boost. West will give the second unit some much-needed defensive toughness, help out on the glass and also knock down the mid-range jumper. His veteran presence in the locker room will also help serve as a calming influence as the team endures what will be a season under the microscope.