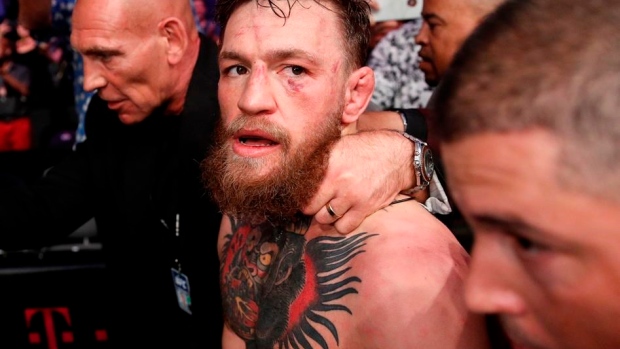 TMZ acquired video of the attack and published it Thursday. The security camera footage appears to show McGregor hitting an older man in the face after he refused a shot of McGregor's Proper Twelve whiskey brand.

McGregor was quickly removed from the bar by friends. Several Irish media outlets reported police have questioned McGregor about his latest misbehaviour outside the cage.

McGregor announced his latest MMA retirement in March. He has fought in a cage just once since November 2016, losing to lightweight champion Khabib Nurmagomedov last October.