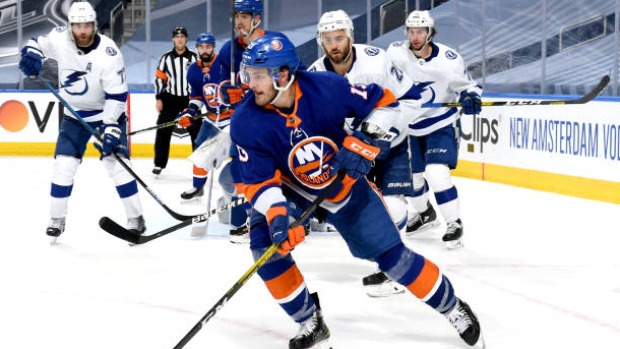 Restricted free agent Mathew Barzal arrived at New York Islanders training camp on Monday, though he cannot participate in any team scrimmages until he signs a new contract.

Interesting to see Mathew Barzal’s name on the Islanders camp roster. Contract discussions continue between Barzal and the Isles. He checked in. Had his physical, but can’t participate in a scrimmage without a contract. https://t.co/jT5wTegM2E

The 23-year-old centre had 19 goals and 60 points in 68 games with the Islanders last season, adding five goals and 17 points in 22 games during the NHL's Return to Play.

Selected 16th overall in the 2015 NHL Draft, Barzal's entry-level contract expired in October. He has 59 goals and 207 points in 234 career games with the Islanders.