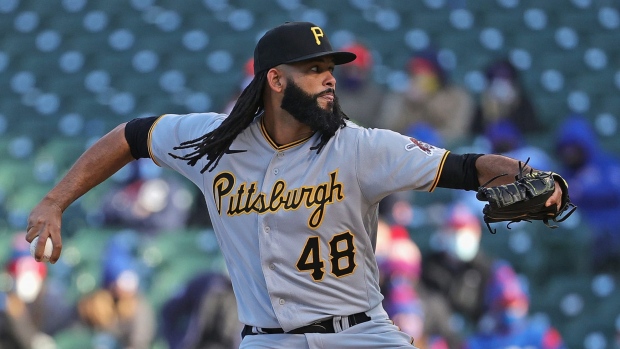 The Pittsburgh Pirates are dealing closer Richard Rodriguez to the Atlanta Braves, according to ESPN's Jeff Passan.

Rodriguez, 31, was widely believed to be one of the top relief arms available on the market and has 14 saves with a 2.82 ERA in 37 appearances so far this season for Pittsburgh.

Rodriguez has been a mainstay in the Pirates’ bullpen the past four seasons after signing with the organization in December of 2017, combining for a 3.02 ERA in 159 appearances from 2018 to 2020.

Rodriguez made his big-league debut in September of 2017 with the Baltimore Orioles, who let him go at the end of that season.

He is a native of Santiago in the Dominican Republic.