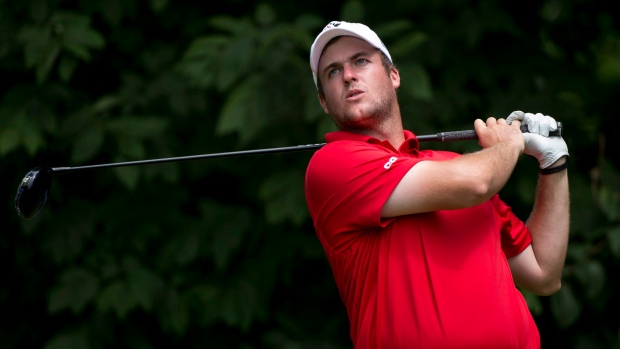 It’s been a long, bumpy ride delayed by injuries and a pandemic, but Taylor Pendrith has finally made it to the PGA Tour.

Last week, the Richmond Hill, Ont., native finished tied for 15th at the Veritex Bank Championship on the Korn Ferry Tour to earn enough points to reach what the circuit calls its fail-safe mark. The 1,700-point threshold means Pendrith won’t fall out of the top 25, and will become a PGA Tour member.

“It’s awesome,” he said. “It’s finally official. I feel like I’ve known since last year that I’d accumulated enough points that I would not drop outside the top 25, but for it to be official, it’s awesome.”

He would have advanced to the big leagues this year if not for the pandemic. With the PGA and Korn Ferry tours shut down for a few months, the promotion and relegation system that shuttles players between the tours based on performance was put on hold.

Pendrith will be 30 when he hits his first tee shot as a PGA Tour member, which is older than most rookies. Many thought he’d reach this level earlier, considering his talent, which is fueled by prodigious length off the tee.

But a slew of injuries over the last few years stalled his progress and resulted in him climbing up and falling down onto different tours. Understandably, doubts started creeping in.

“There were times when I didn’t know what to do,” stated Pendrith. “I felt my golf game was great, but I wasn’t able to practise the way I wanted to. My shoulder, and arm, and hand and wrist – everything was kind of going. I didn’t know if I could sustain it. But everything has been feeling good for the last couple of years and the results have kind of showed that.”

His improved health is a result of a dedicated fitness program, one that focuses on injury prevention and proper body movement.

That commitment to the gym is something that Pendrith didn’t always embrace. While at Kent State University, he wasn’t known as the guy who would be first to the squat rack or bench press. But he’s come around, realizing it’s a necessary part of his chosen career.

“I was naturally gifted of hitting the ball far and I didn’t do any kind of weight training or any of that before I got to university,” admitted Pendrith, who roomed with Corey Conners while at school. “Over the past four or five years, I’ve had various things pop up and it’s annoying. You play one week good and then next you’re sore and you can’t swing properly. So, the last year and a half I’ve really focused more on that side of the golf game and not so much lifting heavy weights and trying to hit the ball further. I would rather hit the ball shorter and straighter – it’s still long – but more focusing on my body and not get injured and staying there for a good long career.”

Having gone through the minor leagues and struggled at various points to reach his goal, there won’t be much that will surprise Pendrith when he gets to the PGA Tour. He is already a veteran when it comes to how to travel, how to plan his week, what his practice schedule should look like, how to learn a course in a few days, what to eat and how to manage his time.

The only difference this time will be that it will take place in new cities and on courses he hasn’t seen before. That didn’t seem to hold him back last year at the U.S. Open where he finished tied for 23rd and was the top Canadian.

“Obviously, I would have liked to have been a rookie many years before,” he said. “But it’s all good and I’ve kind of embraced everything and I’m excited to lock up the card and excited to play that first event as a member.”

There are still 16 events to play before the Korn Ferry Tour ends. Pendrith currently sits third on the points list and would like to grab the No. 1 spot, which comes with a full exemption on the PGA Tour next season. The remaining finishers get a more limited form of access.

Off the course, he’s also busy. He’s preparing for his wedding to fiancée Meg Beirnes this fall (although he admits he isn’t doing much of the planning) and, after living in Conners’ basement the last two years, is looking for his own home now that he has some job security.

“It was a dream of mine growing up to play golf and make it to the PGA Tour,” he said. “To finally get there is going to feel awesome. I’m excited to play my first event as a PGA Tour member.”