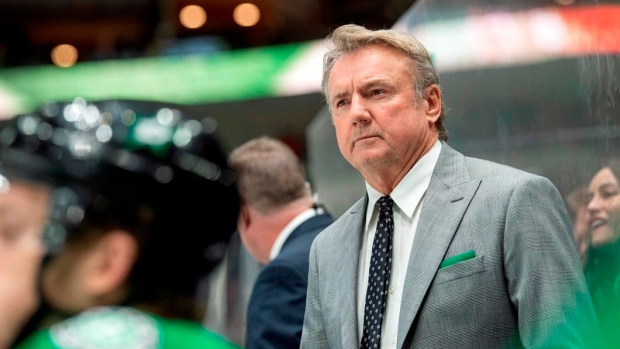 Rick Bowness will be stepping away as head coach, effective immediately.

The team announced on Friday that the 67-year-old Bowness is stepping away as head coach. His assistants, John Stevens, Derek Laxdal and Todd Nelson, will also not be returning.

Bowness's contract with the team was set to expire. TSN Hockey Insider Pierre LeBrun notes that the Moncton, NB native did not intend to retire.

The Stars were eliminated from the playoffs in a seven-game series by the Calgary Flames last week.

Bowness was hired as interim head coach of the Stars in December 2019 after Jim Montgomery was let go.

He guided Dallas to the Stanley Cup Finals in 2020 and was named head coach later that fall.

Bowness has coached 639 games in the NHL with the Winnipeg Jets, Boston Bruins, Ottawa Senators, New York Islanders and Phoenix Coyotes and has also served as an assistant coach with the Vancouver Canucks and Tampa Bay Lightning.

Kevin Weekes was first with news of Bowness's departure.