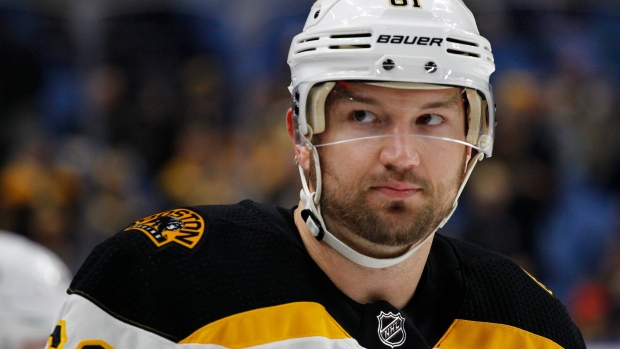 After missing the last 12 games of the regular season with a concussion, veteran forward Rick Nash will be in the Boston Bruins' Game 1 lineup against the Toronto Maple Leafs Thursday night.

It was an optional pregame skate this morning, but Bruce Cassidy confirms the Game 1 lineup:

Nash will skate on the Boston's second line with David Krejci and Jake DeBrusk.

The 33-year-old suffered a concussion on March 17 against the Tampa Bay Lightning and hasn't been able to play since.

Nash scored three goals and three assists over 11 games with the Bruins this season after they picked him up from the New York Rangers in early February.

In other news, Sean Kuraly, who has been sidelined seven games with an upper-body injury, will also be in the lineup as a fourth-line centre.