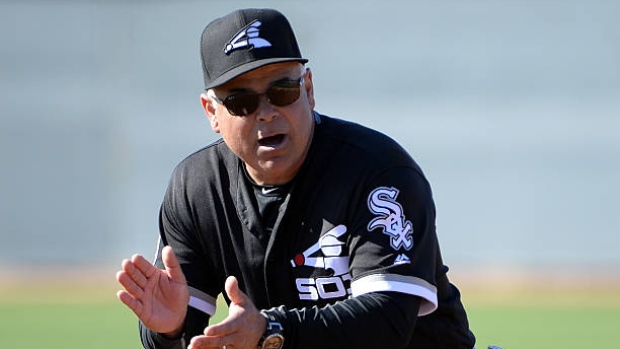 CLEVELAND — Chicago White Sox manager Rick Renteria woke up Monday with “a slight cough and nasal congestion” and will be kept away from the team pending the results of medical tests.

Bench coach Joe McEwing will manage the White Sox in their series opener against the Cleveland Indians and until the team learns more about Renteria's condition.

General manager Rick Hahn released a statement saying Renteria had the symptoms and was taken to a Cleveland hospital for evaluation and tests.

“Out of an abundance of caution, Ricky will remain at the team hotel and not manage until we receive confirmation of today’s test result,” Hahn said.

The team did not say if the 58-year-old Renteria was being tested for the coronavirus. Renteria has been with the White Sox since 2017.

Renteria's situation arose on a day of major medical news across baseball, most of it involving COVID-19.

Two games were postponed after the Miami Marlins had more than a dozen players and staff members tested positive for the virus. The team was stranded in Philadelphia, where it played over the weekend, because of the outbreak.

Miami's home opener against Baltimore was postponed, as was the New York Yankees' game in Philadelphia. The Yankees would have used the same clubhouse the Marlins occupied for three days.

The White Sox have had at least three players test positive this summer, including third baseman Yoan Moncada, who revealed his test result. The team did not identify the other two players.

López left his start on Sunday against Minnesota in the first inning when his shoulder tightened. The 26-year-old went 10-15 with a 5.38 ERA in 33 starts last season.