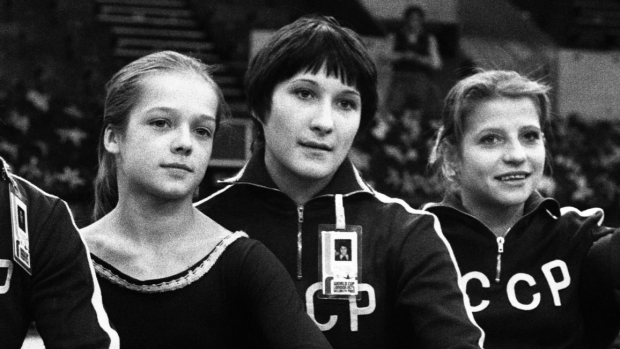 Gymnastics Canada expects the results of a third-party investigation of Saadi within the next month, spokeswoman Julie Forget wrote in an email on June 29. “The internal investigation is still on-going… a report is expected at the end of July, early August.”

Allegations against Saadi, outlined in a complaint made by an athlete to Gymnastics Canada in early November, centre on emotional and psychological abuse, publicly shaming an athlete about their weight and encouraging eating disorders, a person familiar with the matter told TSN.

According to Gymnastics Canada’s policies, the national federation will convene a discipline hearing if an investigation finds the allegations against her are credible. If not, Saadi would be reinstated.

Saadi’s lawyer Elliot Saccucci wrote in an emailed statement to TSN that Saadi has dedicated her life to coaching.

“She adamantly denies any allegation of wrongdoing, and has cooperated fully with Gymnastics Canada throughout their ongoing investigation process, which she is confident will confirm and restore her outstanding personal and professional reputation,” Saccucci wrote on Tuesday. “It is our understanding that the internal investigation process of Gymnastics Canada is confidential, for the good of both athletes and coaches, and Ms. Saadi is devastated that this confidentiality has been breached, causing her great emotional and financial hardship.

“As a former gymnast and Olympian herself, Ms. Saadi denounces abuse in any form and has always put first the best interest of her athletes and their physical and emotional wellbeing.”

The 69-year-old Saadi was a member of the Soviet Olympic teams in 1972 and 1976, both of which won team gold medals. She moved to Canada in 1991 and began training gymnasts in Cambridge, Ontario.

Saadi was named the Canadian Gymnastics Federation’s coach of the year in both 1996 and 2004 and she was inducted into the International Gymnastics Hall of Fame in 2009.

The issue of abuse in sports has become more prevalent in recent years. In December, USA Gymnastics announced prominent American coach Maggie Haney would be suspended for five years after several gymnasts filed complaints alleging Haney pressured them to train through serious injuries, repeatedly insulted them and undermined the gymnasts’ relationships with their parents.

Canadian athletes who have trained with Saadi include Yvonne Tousek, who competed at the 1996 and 2000 Olympics, Crystal Gilmore (2000 Olympics), Victoria Moors (2012 Olympics), and Victoria’s sister Brooklyn Moors, who is scheduled to compete for Canada at this summer’s Tokyo Olympics.