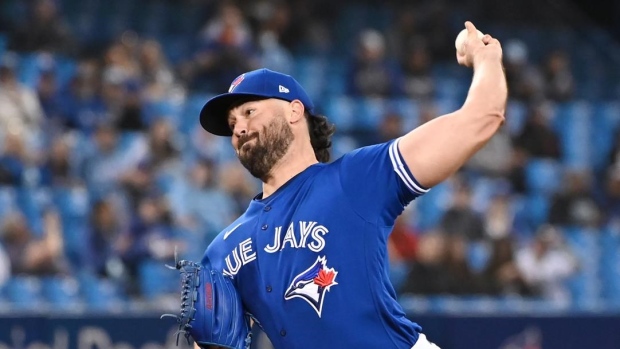 TORONTO — Robbie Ray was named Blue Jays pitcher of the year and most improved player Tuesday in the annual awards from the Baseball Writers' Association of America's Toronto chapter.

Ray, a 30-year-old left-hander, was a unanimous pick as top pitcher in voting conducted by Toronto (BBWAA) chapter members. The most improved player race was tighter, with Guerrero and reliever Tim Mayza also considered.

Ray won the American League Cy Young Award after leading the major leagues with 248 strikeouts and posting a 13-7 record with Toronto. He became a free agent after the season and signed a long-term deal with the Seattle Mariners.

Marcus Semien, who finished third in the AL MVP race, had a single first-place vote for team MVP. He became a free agent in the off-season and signed a long-term deal with the Texas Rangers.

Semien had 45 homers and drove in 102 runs in his lone season with Toronto. He also won the John Cerutti Award for goodwill, co-operation and character.

This report by The Canadian Press was first published Dec. 14, 2021.