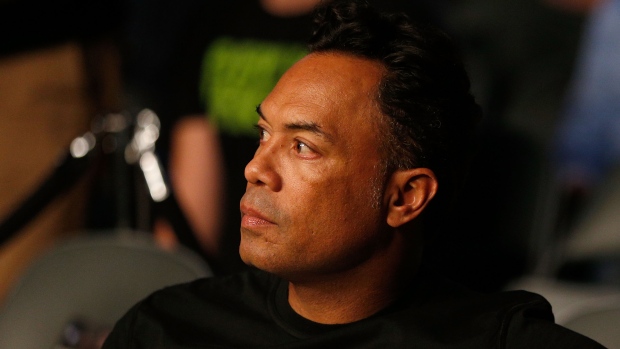 The National Baseball Hall of Fame in Cooperstown, NY confirmed on Monday that Roberto Alomar has resigned from its board of directors.

The National Baseball Hall of Fame’s Board of Directors announced they've accepted Roberto Alomar’s Resignation from the Board.

Board chairman Jane Forbes Clark announced the board accepted Alomar's letter of resignation that was submitted on Saturday.

The move comes in the wake of Major League Baseball's termination of Alomar as a special advisor to commissioner Rob Manfred on Friday after an investigation into a workplace sexual harassment claim levied against the 53-year-old Alomar. Manfred also placed the 12-time All-Star on the league's ineligible list.

The Toronto Blue Jays, with whom Alomar spent five seasons and won a pair of World Series in 1992 and 1993, also announced they would be cutting ties with Alomar, removing his name from Rogers Centre's Level of Excellence and taking down a banner commemorating his induction into the Hall of Fame in 2011.

The Baseball Hall of Fame confirmed that Alomar would not be removed from the Hall of Fame, noting that his enshrinement reflected his eligibility and the perspective of the Baseball Writers' Association of America at the time.