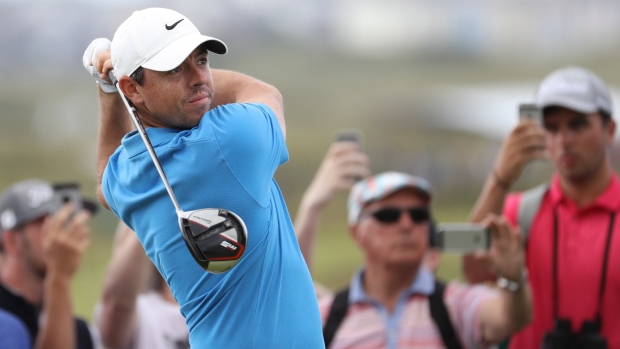 Rory McIlroy and Brooks Koepka are calling for more slow play penalties as the pace on the PGA Tour continues to crawl.

McIlroy believes players should receive only one warning before receiving a slow play penalty, which is currently a rarity on the tour.

"I don't understand why we can't just implement that,'' McIlroy told ESPN. "We are not children that need to be told five or six times what to do. 'OK, you're on the clock, OK, I know if I play slowly here, I'm going to get penalized'. I think that's the way forward.

"I think the guys that are slow are the guys that get too many chances before they are penalized. So it should be a warning and then a shot. It should be you're put on the clock and that is your warning, and then if you get a bad time while on the clock, it's a shot. That will stamp it out right away.''

Brooks Koepka was visibly annoyed at J.B. Holmes’ pace during the final round of The Open last month and has been outspoken on the issue in the past.

“It's gotten out of hand,” Koepka said. “It seems there are so many sports psychologists and everybody telling everybody that they can't hit until they are ready; you have to fully process everything. I take 15 seconds and go and I've done all right. So I don't understand taking a minute and a half.”

Koepka even admitted to purposely attempting to slow down his own routine to put his group on the clock.

“That doesn't seem to work because nobody will penalize anybody,” he said. “And you know what? Even if I take over 40 seconds, penalize me. I’ll be the guinea pig. It doesn't matter. It needs to happen.”