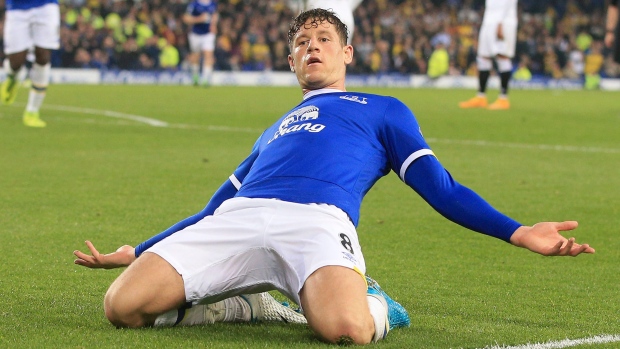 LONDON — Ross Barkley set up the opening goal before scoring himself late in the game as Chelsea eased past relegation-threatened Watford in a 3-0 win to consolidate fourth place in the Premier League on Saturday.

The England midfielder played in Olivier Giroud to score in the 28th minute and put Chelsea ahead at a virtually empty Stamford Bridge.

Willian converted a penalty in the 43rd minute after Christian Pulisic was fouled to make it 2-0, before Barkley finished off a flowing team move involving Pulisic and Cesar Azpilicueta with a rasping finish high into the net in second-half stoppage time.

Chelsea bounced back from a surprising loss at West Ham in midweek with a third win in four matches since the return of the league after a three-month suspension because of the coronavirus outbreak.

Frank Lampard's Chelsea stayed a point behind third-place Leicester and two clear of fifth-place Manchester United in the race for Champions League qualification.

Fifth place will be enough to qualify for the Champions League this season if second-place Manchester City fails with its appeal to overturn a two-year European ban imposed by UEFA. The result of the appeal is imminent.

Watford stayed one point and one place clear of the relegation zone with five games remaining, and is yet to win since the restart.