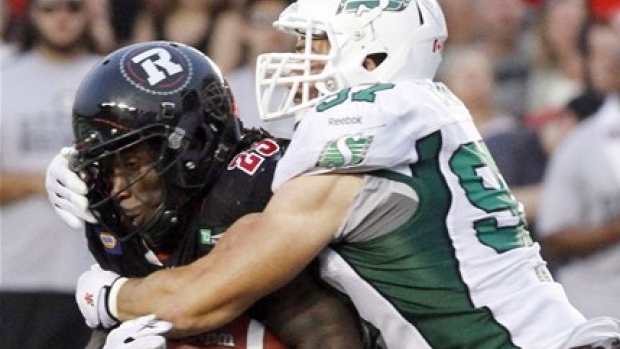 REGINA - The Saskatchewan Roughriders signed defensive lineman John Chick to a contract extension Thursday that will keep him with the CFL club through 2016 season.

The six-foot-four, 250-pound Chick is entering his sixth season with Saskatchewan.

Chick, 32, has registered 42 sacks in 73 career regular-season games with Saskatchewan.