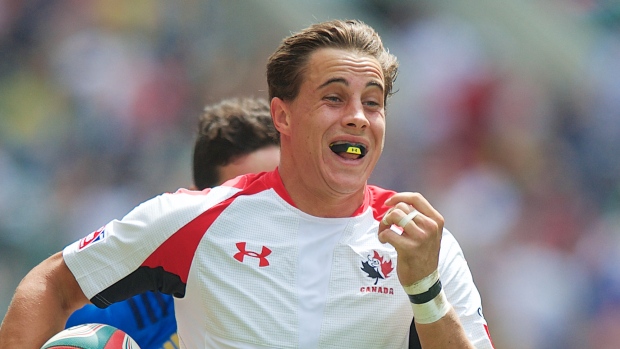 If you are unfamiliar with the game of rugby, the sport already appears different from any other. The ball is passed backward; there are no pads or helmets and players seem to kick the ball whenever they want.

It may be confusing from an outsider’s perspective, but there is no denying rugby is one of the most physically demanding sports in the world. It’s also one steeped in tradition.

Rugby has unique post-match customs and traditions that are still carried out today, from the amateur club level to the pros and national teams. It’s a culture that emphasizes sportsmanship and camaraderie the moment the final whistle blows.

"I think it's that you can play 80 minutes against a team, try to smash each other and then after the game everyone is friends," said Liam Underwood, a member of the Canadian men's national team.

"[A few weeks ago] we had a game against Tonga, it was hard, physical game, and then after the game we go into each other’s locker room and chat with the guys, just talk about whatever.

"I don't think you would see too many professional hockey players doing that."

It's hard to imagine such a physical sport having such a friendly culture, but the players say it’s that element of the game that fuels the traditions.

Ciaran Hearn, another member of the national team, believes the brutal nature of the game creates an admiration for your opponent.

"You create this kind of respect for the game and for the other guy on the field,” Hearn said. "That's what draws you into loving the sport and wanting to go out and meet the guys on a personal level."

Jeff Hassler, who plays professionally for the Ospreys in Wales, grew up playing both football and rugby. He attended the University of Saskatchewan, playing running back for the football team for two years. In 2010 he made the decision to make the switch and focus on rugby. He debuted for the national team in 2012.

"I ended up leaving football because I didn't really like the atmosphere of it, and that's what brought me to rugby," said Hassler. "It attracts certain people who like that environment who want to be social and friendly. It's a pretty tough sport on the field, but after you appreciate it, and you like to go meet with the guys you played against."

Along with winning, maintaining the culture of the sport is a priority of all players.

"It's something that every team strives to keep. We don't want to become different sports where people don't get along off the field," said DTH van der Merwe, a member of Team Canada since 2006.

"We're playing all over the world. Rugby is such a tight-knit community, even from the grass-roots up. You never know when you are going to meet someone who you could possibly run into in the future."

The sportsmanship and traditions in rugby are unique in the world of sports. It is something that players and people who love the game are extremely proud of.

“It's a culture that we created, that people created years ago, that we strive to keep, every team is all about respect," van der Merwe said.