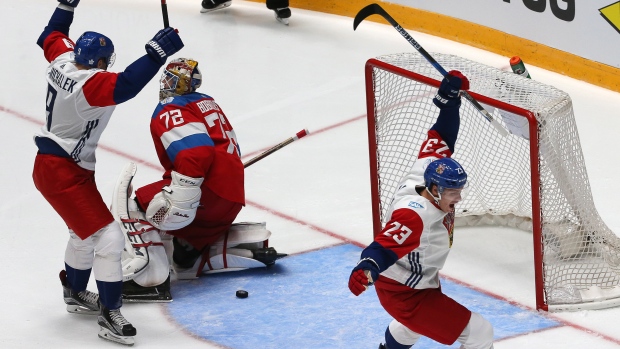 ST. PETERSBURG, Russia — Russia held off the Czech Republic 4-3 in their first warmup for the World Cup of Hockey on Thursday.

Forward Artemi Panarin got the Russians going late in the first period to tie the score after Czech defenceman Michal Kempny put in the opening goal.

Centre Martin Hanzal pulled one back for the Czechs on a power play 6:48 in the third, and Evgeny Dadonov restored a two-goal advantage two minutes later.

Czech captain Tomas Plekanec cut it to one again with 2:47 left.

The two meet again in another warmup on Saturday ahead of the tournament that opens in Toronto on Sept 17.