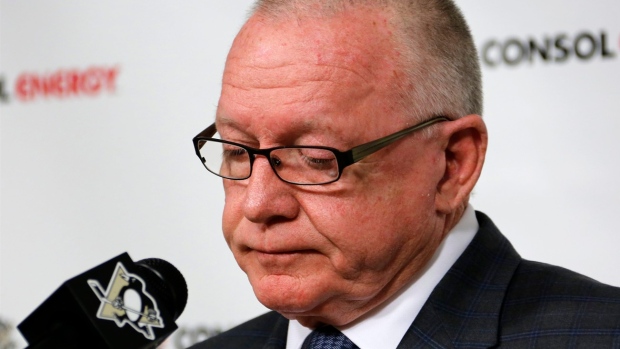 While the Pittsburgh Penguins dispatched the Philadelphia Flyers in six games on Sunday for the team's ninth straight playoff series victory, general manager Jim Rutherford had beer on his mind - specifically the suds thrown on the ice by Flyers fans at the conclusion of the Pens' 8-5 victory at the Wells Fargo Center.

“There were frustrated fans,” Rutherford told the Pittsburgh Post-Gazette's Jason Mackey on Monday. “They decided to waste their money and throw some things on the ice that they had already spent money on. I guess some of them have more money than brains.”

The barrage of mostly full beer cans was heaviest when Bryan Rust scored an empty-net goal to ice the game. Pens players appeared to be unimpressed with the display on the bench. For his part, Rutherford was worried about security, or lack thereof.

“I don’t know who they were aiming at,” Rutherford said. “You have players from their home team there. Somebody could have been hurt bad. It doesn’t make any sense.”

Though he was unimpressed by the fans, Rutherford had nothing but praise for the Flyers' efforts.

The Penguins will meet the winner of the Washington Capitals-Columbus Blue Jackets series. The Caps lead the series 3-2 with Game 6 set for Monday night at the Nationwide Arena.