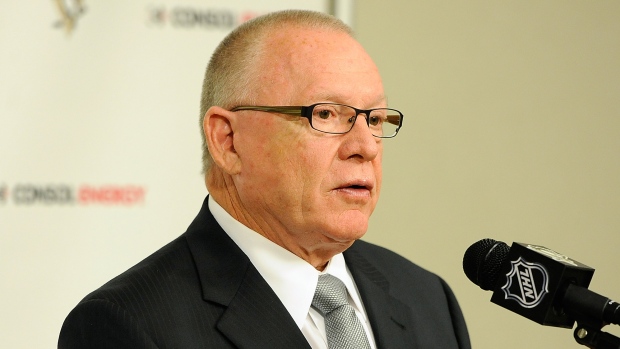 Pittsburgh Penguins general manager Jim Rutherford apparently lost his cool Monday night after his team went down 2-1 in their first round series against the New York Rangers.

Rutherford went after Pittsburgh Tribune columnist Rob Rossi who has been a critic of Rutherford since he replaced Ray Shero last summer.

While sharing an elevator together following the game, Rossi said Rutherford called him a "(expletive) jerk" repeatedly and told him to "go sell ice cream."

According to Rossi, the GM also challenged him to look him in the eye. Rossi said he did so and told Rutherford that his role is to provide opinion.

A couple weeks ago Rossi wrote a column about Rutherford's failure so far as Penguins' GM and then wrote another harsh piece on the first day of the playoffs where he said it was Rutherford's fault for the poor season instead of head coach Mike Johnston.

This is Rutherford's first season in Pittsburgh after spending 20 years as the general manager of the Carolina Hurricanes where he helped them to win the Stanley Cup in 2006.