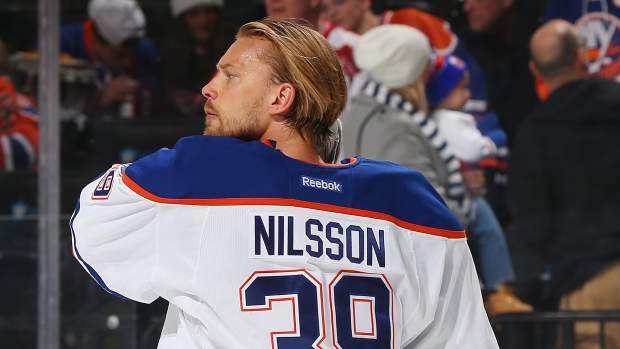 The Buffalo Sabres have addressed their backup goalie situation by acquiring the rights to Anders Nilsson in a trade with the St. Louis Blues.

The Sabres dealt a 2017 fifth-round draft pick to St. Louis on Saturday. Buffalo must still sign Nilsson, who is a restricted free agent.

Nilsson had a 10-13-3 record and 3.12 goals-against average in 29 games split between the Blues and Edmonton last season. Overall, the Swedish-born player has a 19-22-4 record in 52 games, including two seasons with the Islanders.

The Sabres lacked an experience backup behind starter Robin Lehner after losing free agent Chad Johnson, who signed with Calgary.

The Blues are set in goal after signing starter Jake Allen to a four-year extension, and adding free agent Carter Hutton on Friday.