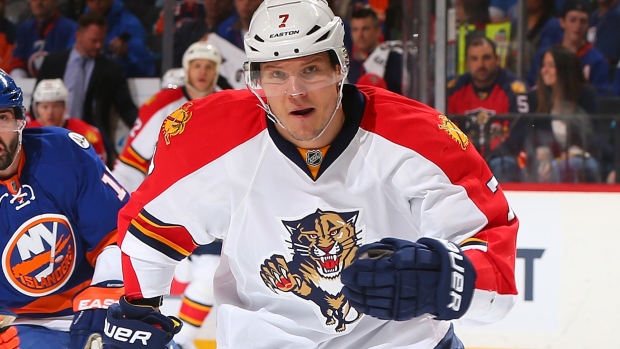 BUFFALO, N.Y. — The Buffalo Sabres have opened the second round of the NHL draft with a splash by acquiring defenceman Dmitri Kulikov in a trade with the Florida Panthers.

The deal was announced three picks into the second round of the draft on Saturday. Besides swapping second-round picks, with Buffalo moving up to No. 33 from No. 38, the Panthers acquired defenceman Mark Pysyk and the Sabres' third-round pick, 89th overall.

Kulikov is the left-shot defenceman Sabres general manager Tim Murray said he was hoping to add to his roster this off-season. Kulikov has one year left on his contract and is set to make $4.5 million next season.

He became expendable in Florida after the Panthers signed veteran free agent Keith Yandle to a six-year contract last week.