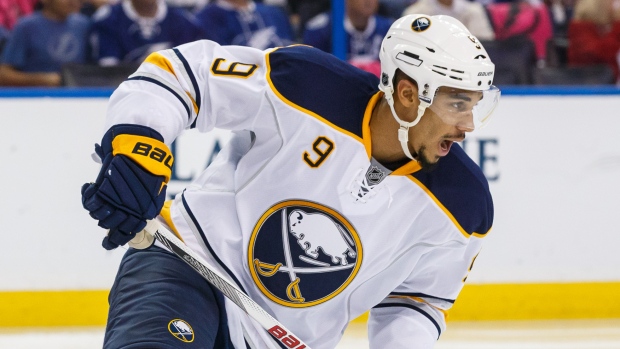 Kane collapsed after having his knee pinned to the boards in the right corner of the Devils' zone on a check from David Schlemko.

He was helped off the ice and did not return. Coach Dan Bylsma did not have an update on Kane's status, but did say it was a "knee-on-knee" play.

A marquee acquisition for Sabres general manager Tim Murray last season, Kane missed all but 37 games for the Winnipeg Jets in 2014-15 after undergoing left shoulder surgery.