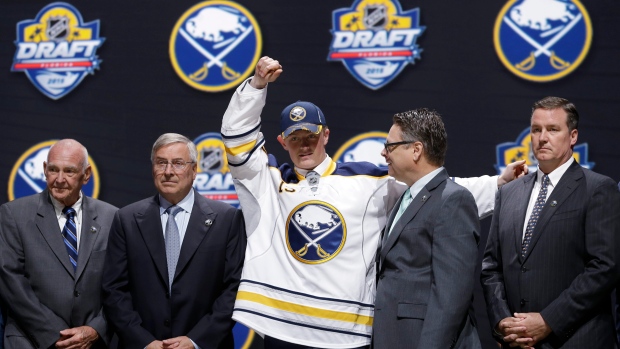 The Buffalo Sabres have inked Jack Eichel, the second overall pick in the 2015 NHL Entry Draft, to a three-year, entry level deal.

The 18-year-old forward had 26 goals and 45 assists last season with Boston University last season on his way to capturing the 2015 Hobey Baker Awar, just the second freshman to win the award.

There was speculation that Eichel could return to NCAA hockey for his sophomore season but that has now been ruled out with this signing.