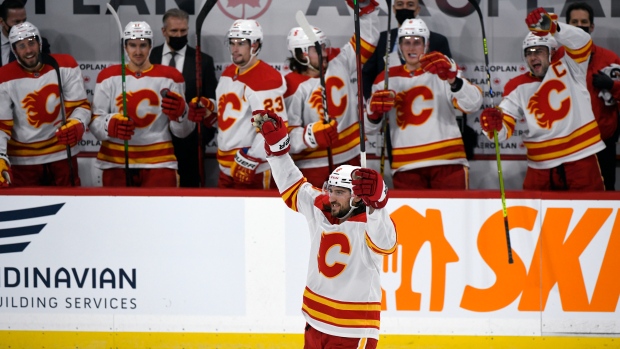 Chris Tanev was cut from several hockey teams he tried out for when he was in high school. Frustrated and disheartened, the teenager and his father decided that the best thing would be for him to walk away from the sport.

“It just wasn’t fun for me when you play from when you’re six or seven [years old] until 14 with the same people, and then all of a sudden, your friends are making that next step and you’re not able to play anymore or make a team,” Tanev said. “It sucks. My parents, dad especially, said to take a step away.”

Tanev’s break from ice hockey lasted two years, during which time he played other sports.

“I played a lot of baseball and roller hockey, which was fun.”

He also packaged meat at a local grocery store and worked at Pizza Pizza in East York in the Greater Toronto Area.

Thanks to a growth spurt when he was 16 years old and his father’s relentless recruiting efforts to coaches, Tanev eventually made the cut with the Junior-A Durham Fury of the Ontario Junior Hockey League.

“It’s funny how things can change so quickly,” Tanev said.

Fifteen years after he quit the sport, it’s tough to envision the Calgary Flames without No. 8.

On Monday, members of the Calgary chapter of the Professional Hockey Writers’ Association nominated Tanev as the Flames’ candidate for the Bill Masterton Memorial Trophy, which is given to the player who best exemplifies the qualities of perseverance, sportsmanship, and dedication to the sport.

After Junior-A, Tanev played a year with the Rochester Institute of Technology as a 19-year-old before signing with the Vancouver Canucks, where he spent a decade.

Since joining the Flames as a free agent in 2020, Tanev has become a staple of the team’s identity on and off the ice. He played through multiple serious injuries last year, despite the team being out of the playoff race.

This season, Tanev has set a career high for points (28) and tied his career high in goals (six). He has also helped the development of Flames blueliners he’s played with, most notably Noah Hanifin and Oliver Kylington. Tanev is a significant contributor to the Pacific Division champions, a team that has aspirations of a deep playoff run. As a nod of appreciation, goalie Jacob Markstrom has an image of Tanev’s toothless smile on his mask.

“They’re all incredibly skilled players and smart players, so as long as they’re comfortable on the ice, that’s when you play well,” Tanev said of the team’s young defencemen. “I just try and do what I can to make it as easy as I can for them, and they do the same for me. It’s part of a good partnership, to be able to work together and make it easier for each other. If I make mistakes, hopefully my partner is able to have my back and vice versa. Those are the little things that go into it.”

For Tanev, who also praised his grandfather for shuttling him to minor hockey practices as a kid, that hockey hiatus proved to be a turning point. He readily admits that he would have pursued other career options, and likely studied finance at the University of Toronto.

“My parents and my dad did a really good job of pushing me to go back and play,” he said.

“A lot of people over the years I think said he was crazy because he’d always go around the rinks telling people how good I was, but at the end of the day he helped me a lot and pushed the right buttons and helped me get to where I needed to be…at some point, everyone has to deal with that kind of adversity and push through something. I think it was a really good life lesson for me and something that pushes me to work every day.”