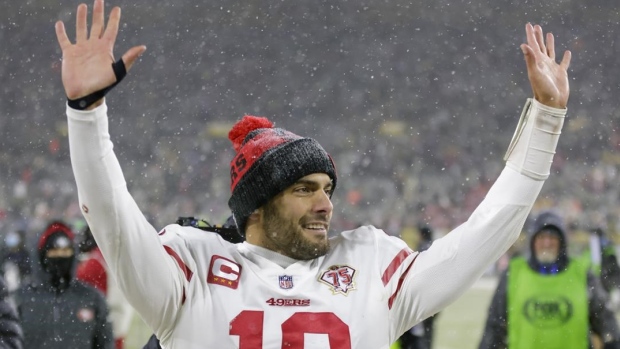 Where to watch: CTV Network, RDS2

49ers: On wild-card weekend they held Dallas to 17 points, and then they went to Lambeau Field and held Aaron Rodgers to 225 yards and zero touchdowns. Now, they get to play a divisional opponent they have dominated in recent memory. Since Kyle Shanahan took over as head coach in 2016, the 49ers have gone 9-3 against the Rams and have won six consecutive games against Los Angeles. Last week their special teams came up huge, as the offence failed to score a touchdown. It was a blocked field goal to end the first half, and a blocked punt led to San Francisco playing in this game. Does the defence and special teams have another dominant performance in them, is this the week the offence comes to play, or will Jimmy G and his 49ers be sent home packing?

Rams: Sometimes taking a chance does pay off. The Los Angeles Rams have burned a lot of draft capital trying to get back to this stage of the playoffs, and here they are. Key trade addition Von Miller made his presence felt against the Tampa Bay Buccaneers, while fellow mid-season addition Odell Beckham Jr. chipped in on offence with six catches for 69 yards. Still this Rams team might only go as far as Matthew Stafford and Cooper Kupp take them. A total of 183 of Stafford’s 366 passing yards went to Kupp on Sunday, and the biggest play of the game saw the two connect for 44 yards to set up the game-winning field goal. Can the Rams get back to the Super Bowl for the first time since 2018, or will their divisional rival be too much to handle?