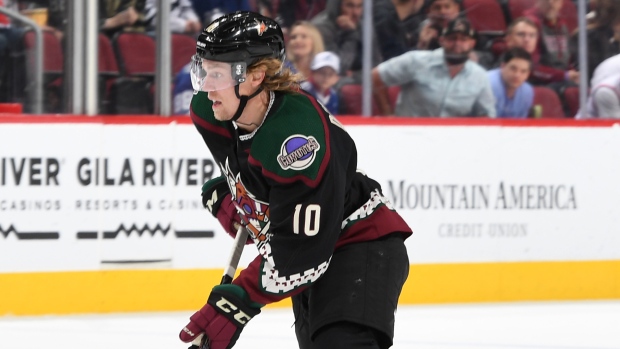 The San Jose Sharks have claimed forward Ryan Dzingel off waivers from the Toronto Maple Leafs.

Dzingel, 29, was acquired by the Maple Leafs on Saturday, along with defenceman Ilya Lyubushkin, from the Arizona Coyotes in exchange for forward Nick Ritchie and a conditional draft pick.

The Wheaton, Ill., native has four goals and seven points in 26 games with the Coyotes this year. In 398 career NHL games, he has 86 goals and 187 points split between the Ottawa Senators, Columbus Blue Jackets, Carolina Hurricanes, and the Coyotes.