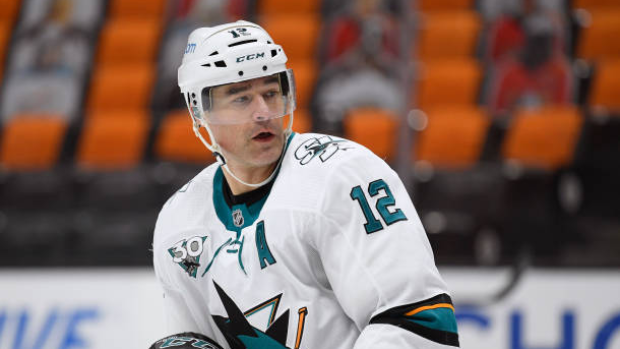 San Jose Sharks forward Patrick Marleau won't be seeking a trade ahead of the April 12 deadline, but he also isn’t closing the door on a move should a contender come calling.

Marleau, 41, was traded from the Sharks to the Pittsburgh Penguins at the deadline last year for a third-round pick. He returned to San Jose on a one-year, $700,000 deal in October.

“I wouldn’t actively maybe look for it, but if it does happen or it does come, or a team wants me, that’s something you have to seriously consider,” Marleau told Kevin Kurz of The Athletic. “Obviously, that’s still my goal, to win a Stanley Cup. It would definitely be something to consider.”

Selected second overall by the Sharks in the 1997 NHL Draft, Marleau sits first among players in games played with 1,752 and third all-time behind Mark Messier and Gordie Howe. Marleau is just four games back of Messier and could pass Howe's record of 1,767 games played this season.

Now in his 20th season, Marleau is still chasing his first Stanley Cup, having lost in the final with the Sharks to the Penguins in 2016.

The Sharks (12-14-4) are currently on pace to miss the playoffs for the second straight season, with general manager Doug Wilson stating the team is in a "reset."

“It’s tough to swallow,” Marleau said to Kurz. “Coming into the season, you always have high expectations and hopes, and you want to get off to a good start and put yourself in position for playoffs, and getting into them and giving yourself a chance to win. But we haven’t put ourselves in that position as of yet. Obviously, there’s a business side to things, as well. But, yeah, it’s obviously not where anybody wants to be.”