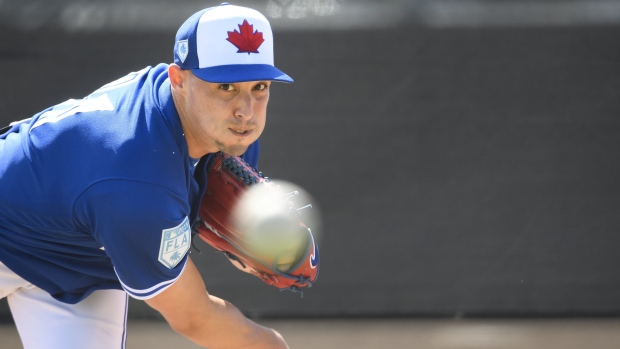 DUNEDIN, Fla. — Aaron Sanchez threw six scoreless innings, striking out three and only giving up one hit to lead the Toronto Blue Jays to a 4-0 win over the Baltimore Orioles on Friday in spring training action.

Justin Smoak had a solo home run and went 3 for 3 to lead Toronto's (12-13) offence. Brandon Drury had a two-run homer.