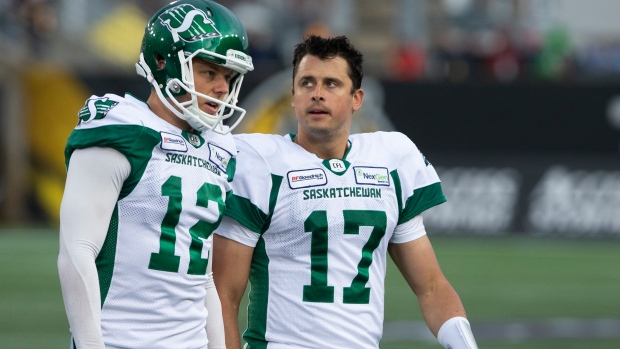 Details on Collaros's injury have not been disclosed.

Collaros was hurt in the first quarter of the Roughriders' CFL season opener at Hamilton on Thursday after taking a high hit from Tiger-Cats linebacker Simoni Lawrence.

Backup quarterback Cody Fajardo replaced Collaros and went off limping later in the game, but returned to practice on Sunday.