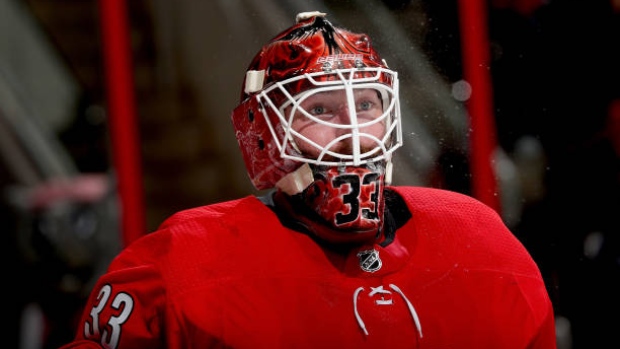 Newly acquired by the Florida Panthers for James Reimer and a 2020 sixth-round pick, the team has placed goaltender Scott Darling on unconditional waivers for the purpose for buying out his contract.

Darling, 30, registered a 15-29-9 record, 3.20 GAA and .887 save percentage over two seasons with the Hurricanes. He was originally acquired by the Hurricanes from Chicago in exchange for a 2017 third-round selection and signed a four-year deal with Carolina. The American won a Stanley Cup in 2015 with the Blackhawks as Corey Crawford's backup.

By trading James Reimer to #Canes and buying out Scott Darling, #FlaPanthers will end up with a net cap savings of:

Schlemko was entering the last season of a four-year, $8.4 million deal. He was acquired by the Flyers along with Byron Froese from the Montreal Canadiens in exchange for Dale Weise and Christian Folin. Schlemko played in 18 games for Philadelphia's AHL affiliate, the Lehigh Valley Phantoms, registering four assists. He played zero games for the Flyers.