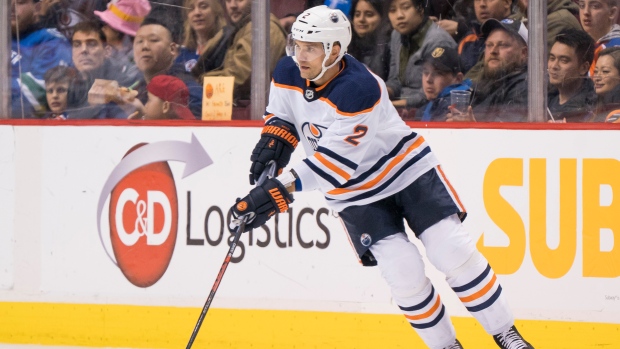 EDMONTON — The Edmonton Oilers will have a little extra money to work with when free agency opens.

The club announced Sunday it has placed defenceman Andrej Sekera on unconditional waivers for the purpose of buying out the final two years of his contract.

Sekera signed a six-year, US$33-million deal with the Oilers as an unrestricted free agent on July 1, 2015.

According to capfriendly.com, the move gives Edmonton an extra $3 million in salary cap space this year and next heading into free agency on Monday. The Oilers will pay Sekera $1.5 million each of the next four years.

The 33-year-old has been limited to just 60 combined games over the last two seasons because of injury, registering a total of 12 assists.

A third-round pick by the Sabres in 2004, Sekera has 45 goals and 236 points in 707 career regular-season game with Buffalo and Edmonton. He's added four points (two goals, two assists) in 19 playoff outings.